Which is more important in putting? Think carefully about your answer.

The majority of coaching, instruction and training aids, devices and gadgets tend to focus on or obsess about two things: What we as golfers need to do with our body and with our putter.

Aim and start line. We have to get the start line right. We must get the ball starting on line.

We’re not saying this is wrong. Well, not entirely anyway.

Yes, you still need to be aware of where the putter is aiming at address and facing at the point of contact. Good alignment is an essential aspect of becoming a great putter.

We are merely suggesting that if you have read all the instruction articles and manuals, tried all of these training aids, watched all of the video tutorials and you still don’t putt as well as you think or believe you can, let’s look at putting slightly differently, let’s open our minds to a different concept.

You’ll be amazed that by focusing on pace, your brain and body will organise what they need to do to get the start line better anyway.

This is one of those anomalies where you get better at something by NOT focusing on it. Strange but true.

We have all read the books, seen the videos, used the technology and tried the training aids and gadgets.

They all focus on one end of the putt: the start; the end where we are focusing on our putter, trying out yet another gadget, a thinner grip, a thicker grip, a different way of holding the putter – and that’s before we even get to our numerous “stroke thoughts”.

We believe you need to pay more attention to the other end of the putt. The part where the hole is. After all, that’s where we want the ball to go. Our intention is ultimately to get the ball to go in the hole.

Gary remembers being introduced to the concept that pace was more important than line at a very early stage in his golfing life when his late father suggested he concentrate a bit more on trying to get the distance better with his putts after three-putting for the fourth time one Sunday morning.

The frustrating three-putts were due almost entirely to hitting his first putts four feet past or leaving them six feet short.

He was only 10 years old at the time and while he didn’t really understand the concept of pace determining the line, he did stop three-putting as frequently!

Hitting the ball out the sweet spot is vitally important if you are to have any chance of hitting your putts the correct distance.

Most modern putters have a built-in alignment aid in one form or another but most golfers we see tend to use them for ensuring the putting is “square” to their intended target or start line.

Nothing wrong with that whatsoever but that alignment aid should also be used to make sure we have the middle of the putter and the middle of the ball match up in order to give you the greatest chance of hitting the ball the correct distance – or basically getting the pace right.

We know that if we hit our driver out the heel or toe, the resultant shots rarely travel the full or desired distance or direction. The same applies to an off-centre strike with your putter.

A heel or toe strike on a 10-foot putt can result in the ball traveling less than 80 per cent of the intended distance.

We all know we should strike the ball out the sweet spot but when was the last time you actually paid any ATTENTION to doing just that? Something worth looking at? We certainly believe so.

With that in mind, rather than trying to create a perfect stroke, whatever that looks like, we’d like you to focus on the concept of creating a putt.

This excerpt was taken from Gary and Karl’s book, The Lost Art of Putting which is available in hardback and Kindle formats. 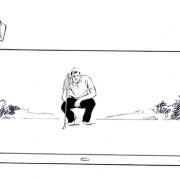 Where do you look to find out the contours of a green? 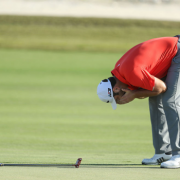 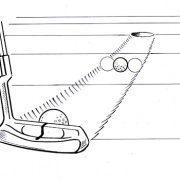 Visualisation: It’s hard to hit a good putt unless you can see it first in your imagination 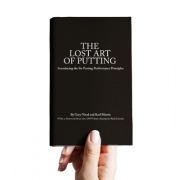 OUT NOW – The Lost Art of Putting 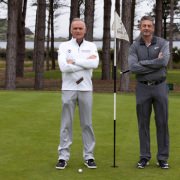 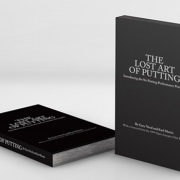 Win: A copy of The Lost Art of Putting

The Lost Art of Putting Podcast – Episode 6
Two questions: Challenge yourself to provide the answers before every putt you...

Where do you look to find out the contours of a green?
Scroll to top