Blog - Latest News
You are here: Home1 / Blog2 / How trusting his technique has transformed McIlroy’s putting

What can you say about Rory McIlroy the hasn’t been said before? His ball striking is off the charts. He is arguably the best driver of the golf ball in the modern game. When he plays his best, he is virtually untouchable. His recent run of form has been incredible!

Over the last six weeks, Rory’s record has been pretty special and elevated him to the top of the FedEx Cup rankings, amassing a cool $4.5 million along the way.

Rory is currently the hottest player on the plant right now but the general consensus among the armchair experts is that he can’t putt.

En-route to winning at Sawgrass, he made 21 birdies and an eagle over four days, finishing on 16-under-par, one shot clear of the evergreen Jim Furyk.

Trust me, it is impossible to win round that course, or any other golf course for that matter, if you can’t putt. Granted, his putting may not quite match up to the exceptionally high standards of his long game but he is working on it and it is clearly paying dividends.

As he approaches his 30th birthday, Rory is becoming a more complete golfer than ever before and I would not be at all surprised if his best days are ahead of him rather than behind him, as many have been suggesting in recent weeks.

All the doubters who have been calling him out and saying he can’t get the job done at the weekend will hopefully be overdosing on humble pie after his history-making performance at Sawgrass last weekend.

McIlroy is not just a great ball striker and a phenomenal athlete but a serial winner. He may not have won as often as some might think he should have but he has won all over the world and won big.

Rory is a bright guy. He knows what he needs to do in order to improve and embraces that at every opportunity. In an interview after winning The Players, he said: “Honestly, I think it was all those experiences coming close and not winning early in the season that helped me today.”

Rather than beat himself up for not winning, he put those experiences to good use, knowing one day they would be beneficial to him.

The first time I saw Rory in the flesh was during a practice round in Qatar way back in 2008 when he asked if he join one of the guys I was coaching for the back nine. At the time he was a slightly chubby with a shock of curly hair sticking out from under his cap. He hit the ball a country mile, his short game was razor sharp and he putted with incredible confidence and freedom. While he didn’t hole everything from from everywhere, he certainly looked like he could.

Above all, he was very tuned in to what he needed to do on the golf course in order to construct a score. It was fairly evident way back then that he had a very high golf IQ.

Since that first encounter, his body shape has obviously changed, he has become an even better ball striker, he has fantastic imagination and creativity, and while his putting may not have progressed at quite the same rate, he has continued to work that aspect of his game.

He has sought counsel from Phil Kenyon, who has done some great technical work with him. He also spends a good amount of time with Brad Faxon, universally recognised as one of the all time great putters. He has looked at putting from both a technical and an artistic point of view in a bid to find the best way forward for Rory McIlroy.

Faxon’s take on the art of putting allowed Rory to “free up my head more than my stroke”.

He added: “I sort of felt like I had been complicating things a bit and thinking a little bit too much about it and maybe a little bit bogged down by technical or mechanical thoughts.”

When he trusts his technique and just lets his talent and considerable skills take over – guess what? – he starts to hole putts like he used to when he was winning majors and making the rest of he field look decidedly average at times.

Long may that continue.

With the Masters looming large on the horizon only a few weeks away, Rory’s current form will surely make him one of if not the favourite to slip on that coveted Green Jacket on April 14.

Can you imagine the looks on the faces of the players at the Champions Dinner in 2020 when they sit down to an Ulster fry and pints of Guinness?

Golf is in a much better place when its superstars are grabbing all the headlines and McIlroy is unquestionably a superstar. Even those who think he “can’t putt” must agree with that.

Keep up the good work, Rory, and we all look forward to seeing you ease into that Green Jacket some day soon. 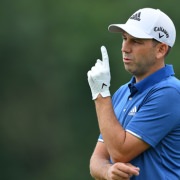 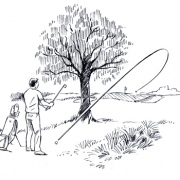 Does The Swing Create The Shot or Does the Shot Create the Swing? 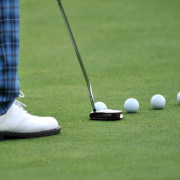 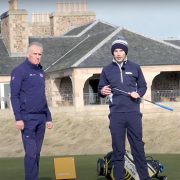 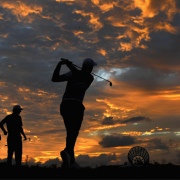 What is your intention? 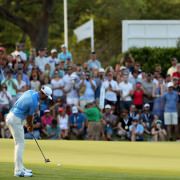