Blog - Latest News
You are here: Home1 / Blog2 / How can you transform your bunker play?

Without getting overly technical, we believe there are a few basic fundamentals that should be applied to achieve bunker brilliance. There are no absolutes as everyone is different but having studied and spoken to some of the best bunker players ever, there are definitely certain things they all do.

We have spent a lot of time observing, working with and learning from some of the best bunker players in world golf. Anyone who has ever seen Seve play bunker shots would think that his sand wedge was actually an extension of his hands and an integral part of his physical make up.

Over the years there have been a lot of good and even great bunker players. There have also been some who fall into the exceptional category. Gary Player is a name that has long been associated with exceptional bunker play.

There have been numerous others including England’s Paul Broadhurst, who used a Wilson Gene Sarazen R-20 sand wedge for decades. Zimbabwean Tony Johnstone was a true magician in the bunkers.

Brett Rumford from Australia could have charged his fellow tour pros a fortune for sharing his knowledge and expertise.

We know Ernie Els spent a lot of time honing his skills with his countryman Player. Phil Mickelson clearly deserves a mention here.

What makes them stand out? Essentially their ability to not only read the situation and see the right shot.

Ultimately, they have been able to execute or bring that shot to life time after time.

They are all built differently and range from 5’ 6” to 6’ 3” in height, so clearly one size does not or cannot fit all. That said, there are commonalities in what they do. One thing they ALL have in common, while difficult to measure or quantify, is soft hands.

You will never see any visible tension in their hands or arms, yet we constantly see club golfers strangling the living daylights out of their club the minute they get anywhere near a bunker.

Soft hands create feel. Soft hands can be educated and are a prerequisite for good bunker play. Strangle the club and you will always struggle. Think of grip tension on a sliding scale of one to 10.

If the veins in your neck are trying to burst through your skin when you grip the club, you are probably close to or beyond a 10. Aim for four or five on that scale.

Hands with little or no tension allow for great rhythm and tempo. Watch any top bunker player and pay attention to the tempo of their bunker swings. It is a thing of beauty. A rhythm you could almost dance to.

Taken from The Lost Art of the Short Game by Gary Nicol and Karl Morris – with a foreword from Bob Vokey, the godfather of wedges. 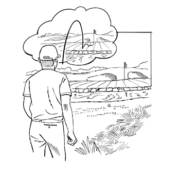 How should you approach your next short game shot? 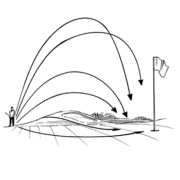 How do you know which shot to play – and when? 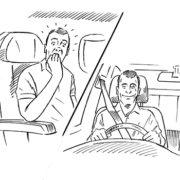 How can you stop your short game ruining your score? 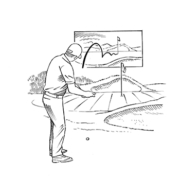 What is the lost art of the short game? 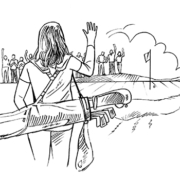 What is the true potential of your short game? 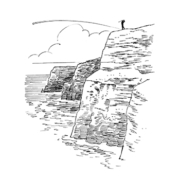 Who are you scoring for? 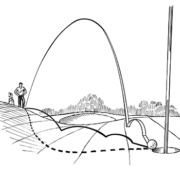 Is technical mastery of the short game a pre-requisite?
Read it, Roll it, Hole it with Gary Nicol