As I sit here writing what I hope will be a fitting tribute, I am literally holding back my tears.

If you want to find out more about his outstanding playing career, there are numerous other sources where you can discover all you need to know.

I want to talk about Gordon the human being.

They say you should never meet your heroes as you may well be disappointed. With junior that was definitely not the case.

I grew up watching and idolising Gordon Brand Jnr. I loved the way he played. He knew what he wanted his golf ball to do, selected the club and created the appropriate shot. Done. No messing about, he just got on with it. Gordon was one of the true creative shot makers. High, low, fade, draw, you name it, he could play it.

Having watched him as an aspiring young professional in the 1980s, I later got to know Gordon during my 16 year spell coaching on the European Tour.

The first thing that struck me about him was his cheeky smile and his sense of nonsense. Gordon couldn’t help but find the funny side of any and every situation. His quick wit could diffuse any awkward situation. He was a straight talker, brutally honest and never afraid to voice his opinion. As I got to know him, I soon started to understand that when Gordon had something to say, the smart thing to do was to listen.

As a golf coach, I can quite honestly say that no other person on the planet taught me more about how to play the game than junior.

Many years after first watching Gordon play in the 1983 Open Championship at Royal Birkdale, I received a phone call from him asking if I would like to coach him. I think it was the winter of 2002 or 2003.

The conversation went like this – “Gary, it’s Gordy here. I want you to coach me next year.” Wow! One of my golfing heroes wanted me to help him. I was kind of surprised but I was bursting with pride that as great a player as he was would ask me to be his coach.

He continued by asking what the financials were including percentages etc… which took all of five seconds to agree. I then asked what he wanted and expected from me. His answer was typical Gordy, “I want you to make me a better player over the next 12 months or you get fired.” Brilliant! Not one of the dozens of Tour Pros I have worked with was ever as open or frank.

Did I mention he was a straight talker and brutally honest?!

We worked together, traveled the world, ate dinner together, went shopping together (more of that later), had water fights, were rude to each other but most importantly, we laughed together. Sometimes I laughed so hard my sides literally hurt. Gordon was a very, very funny guy.

One Monday morning during the summer of 2004, we were traveling from Sweden to Denmark, going from one tournament to the next. I think there were about six of us, all a little bit hungover, having quenched our thirst in Malmo the night before. We decided the best way to get to Copenhagen was to jump on the train that crosses the Ora Sund over one of the most spectacular bridges in the world.

The journey was relatively short and uneventful, apart from being “invited to leave” the quiet carriage for giggling like schoolboys. I don’t remember what we found so amusing but that is irrelevant. The fact we were laughing is what is important.

On our arrival in Copenhagen, we commandeered a mini bus, loaded up clubs and cases and headed for our hotel. Half an hour later we arrived at said hotel which was slap bang in the middle of an industrial estate. None of us liked the look of it, so we decided to cancel our bookings there and then.

Gordon had the number for one of the other “official” hotels and took it upon himself to book six rooms for us. Good lad Gordon, well done. Although I do remember looking at Andrew Coltart and asking him if trusting Gordy to book the hotel was a good idea. We agreed it wasn’t but it was hot and we were tired so we decided to go with the flow. What could possibly go wrong?

Twenty minutes later, we arrived at our new hotel and passports in hand, approached the check in desk. Almost an hour later, five of us were still trying to check in. Not Gordon, he was checked in, had dumped his bags in his room and was sitting in reception drinking coffee.

Why did it take so long? Were the hotel staff useless? Not at all. What we didn’t realise was that when Gordon had called the hotel to book six rooms, he had given the following names – Jack Nicklaus, Arnold Palmer, Johnny Miller, Lee Trevino, Eric Brown and Gordon Brand.

Naturally he had “forgotten” to share this information with us, so when I went to check in as Gary Nicol, I was met with a blank look. “Could it be booked under another name perhaps Mr. Nicol?” That is when the penny dropped. I turned round to see junior doing his utmost to look innocent and not to choke on his coffee! This was Gordon at his best.

Another time, Coltart, Brand junior and I were staying in a hotel near Staines for the PGA Championship at Wentworth. I think it might have been Wednesday after practice / Pro-Am day. We were back in our hotel after a long day on the course and range and I was trying to get a half an hour snooze before dinner. Not happening. A very loud knock on my door put paid to that. “Piss off Gordon, I’m trying to sleep.”

BRIDGEND, WALES – JULY 28: Gordon Brand Jnr of Scotland tees off on the 15th hole during the second round of the Senior Open Championship presented by Rolex at Royal Porthcawl Golf Club on July 28, 2017 in Bridgend, Wales. (Photo by Richard Martin-Roberts/Getty Images)

“You can sleep later, we’re going shopping” replied Gordon. Despite my protestations that I neither needed nor wanted to go shopping, I buckled and off we went. The first shop we went into was a clothes shop. Gordy decided he “needed” a pink polo shirt. He asked the young assistant what size of shirt he thought would fit him. The shop assistant suggested large would be appropriate. Gordon agreed but pointed at me and said with all the campness he could muster “He prefers me in a medium as it shows off my sexy body soooo much better.”

Life on Tour could be a lonely place. Missing family, friends and home comforts was commonplace. Gordon understood that better than anyone and made life so much easier for those around him with his sense of humour and love of nonsense.

He always said please when asking for advice and always thanked me for my input, regardless of how well or badly he had played on any given day.

At the European Open at the K Club one year, Andrew Coltart and I were drinking coffee having just had lunch in the clubhouse when Gordon joined us. After asking how much salt we wanted in our coffee, he poured in a good spoonful to both our cups, despite us telling him we generally preferred it without salt!

I congratulated Gordon on shooting an exceptional 66 (6 under) on a particularly wet and windy morning. “Thanks, do you know how I did it?”

I remember saying “No but I’m sure you’re going to tell me.”

“It was pretty simple really. I basically forgot everything you ever told me, did the complete opposite and bingo, 66.” Again, Gordon at his finest.

After all, these years, we kept in touch and met up whenever circumstances allowed. He would send me text messages asking “why can’t I fade it?” I would ask him to send a video and explain what he was trying to do. His response was generally the same “you don’t need to see my swing, you know it better than I do and I’m trying to fade it!”

This would then lead to a long phone conversation about how our respective lives were and what he needed to do to hit a high fade with a five iron.

PORTRUSH, NORTHERN IRELAND – JULY 18: Gordon Brand Jnr of England the former European Ryder Cup player working as an course commentator for The Open Championship Radio Channel during the first round of the 148th Open Championship held on the Dunluce Links at Royal Portrush Golf Club on July 18, 2019 in Portrush, United Kingdom. (Photo by David Cannon/Getty Images)

When Karl Morris and I were writing The Lost Art Of Putting, I naturally asked Gordon for his thoughts. In his prime, he was a magnificent putter and possibly had the best collection of Bullseye putters, including a few that used to be mine. Rather than telling me over the phone, he said he would have a think about it and get back to me. Within 24hours, I received an email with some of the most simple yet insightful advice I have ever received. Gordon often joked that the book was pretty good but Page 81 was outstanding!

Two days before he passed, I spoke to Gordon and arranged to catch up with him in a couple of weeks when he was due to play in the Scottish Seniors. Unfortunately that isn’t going to happen.

I will never again be greeted by his infectious grin and his customary bear hug. No more conversations. No more water fights. No more salt in my coffee. No more nonsense. I’m going to miss that. We’re all going to miss the wee nutcase that he was. He will be missed by more than he could ever have imagined.

Goodbye Gordon. Sleep well my friend and rest in peace. Save me a seat next to the fire and I’ll see you on the other side. 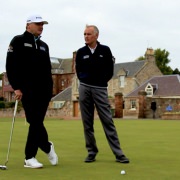 Get those long putts close every time with Paul Lawrie 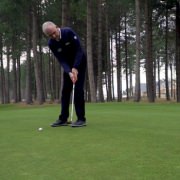 Try this two-ball drill to improve your putting 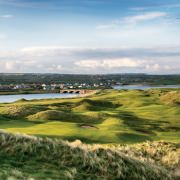 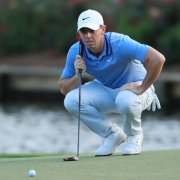 How trusting his technique has transformed McIlroy’s putting 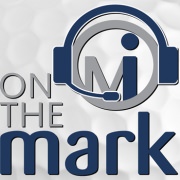 On The Mark Podcast – Gary Nicol 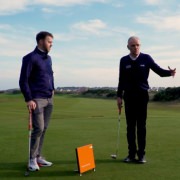 What is your skid and roll ratio? 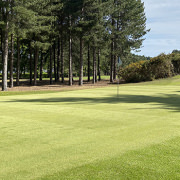 Thoughtful Thursday: Golf courses are ready for play, are you?

Win: A copy of The Lost Art of Putting
Scroll to top