Blog - Latest News
You are here: Home1 / Blog2 / Is it really worth the effort?

There will inevitably be times in our lives, when we ask ourselves the question “is it really worth the effort?” Whether that relates to golf, business or relationships, it is an exceptionally important question.

We have all at certain times, vowed to commit more time and effort to improving our golf games.

Even if we do stay true to these commitments, in the hope and belief we will see the benefits through lower scores, the time and effort we put in doesn’t always guarantee the results we think we deserve.

You work hard, hit hundreds of balls and practice your short game. Three or six months down the line, there is no real noticeable difference in your scores and or enjoyment. Now you are at a crossroads. Do you continue as you were or do you sit down, reflect and reassess the situation?

Now is the time to ask that all important question. “Is it really worth the effort?” While only you will truly be in a position to answer that question, before you make any rash decisions, consider this.

Pretty much everyone who has tasted success in golf, business or life in general, will also have experienced a few bumps in the road on their journey. That unfortunately is a given.

When Justin Rose turned Pro on the back of his incredible 4th place at The 1998 Open Championship at Royal Birkdale, it looked almost certain that he would take the golf world by storm. Twenty one consecutive missed cuts later, he must have asked himself if all the hard work he had put in would ever pay dividends.

Thankfully, Justin’s self belief and smart work along with the support of those around him, enabled him to become one of the top performers in the world. Thoughts of an Olympic gold medal, winning the US Open and numerous other titles on all six continents must have been a million miles away after all those missed cuts.

In his case, the answer to the question was undoubtedly yes. Having said that, we only tend to hear about the success stories. Not every story has a happy ending but in this instance, we are going to focus on the positives.

When Karl Morris and I decided to put our collective thoughts down for what turned into The Lost Art Of Putting, we knew we would ask ourselves and each other “Is it really worth the effort?” somewhere along the line.

There were days when our thoughts and words flowed with ease. There were also other days when those words appeared somewhat reluctant to make the short journey from our minds to our laptops.

Thankfully we stuck to our task in a bid to honour our commitment to producing the best book we possibly could. Sales have exceeded our expectations but more importantly, the feedback we receive on an almost daily basis from all around the world, has allowed us to answer yes to that very pertinent question.

Only last week, we received a couple of standout messages. One from Australia and one from the USA.

Ben Percival is PGA member based in Perth, Australia who got in touch to say how much he enjoyed the book and how applying the concepts were helping him to improve as a coach and as a player. As far as we are concerned, that is a big tick, a job well done.

Two days after Ben’s email landed, we received another one from a gentleman in Alpharetta, Georgia, USA. While we are both fully aware of where Georgia is, Alpharetta was new to us, as was the name of the sender, Bob Royak.

However, as we continued to read the email, we soon realised this was no ordinary thank you note. This was a pretty special one. Bob said he had heard Karl and I on a podcast in mid-July. We were talking about some of the concepts and principles in The Lost Art Of Putting. It turns out Bob was struggling on the greens at the time.

He liked what we were taking about and bought the book. Six weeks later, having put the principles “into motion”, Bob won the US Senior Amateur Championship at the age of 57. What an achievement!!

In his own words, “The poorer I putted the more technique crazy I got, with little positive results. Changing ‘My Story’, using your questions in my routine and concentrating on pace, I have produced terrific results. I had just one 3 putt in 134 holes of tournament golf! And it produced the win of a lifetime. I can’t thank you enough for making a true impact on my game and life!”

We were both delighted and humbled in equal measure. Over and above that, we are extremely grateful to Bob for taking the time to thank us personally. Very classy.

This made us look back to the days when we questioned whether all the effort was worthwhile.

Receiving notes like the ones from Ben and Bob would suggest that our hard work on the days when it seemed a bit of a struggle, made the effort very much worthwhile.

Next time you feel compelled to ask if the effort really is worth it, sit down and take time to consider your answer. You never know where your endeavours might lead. 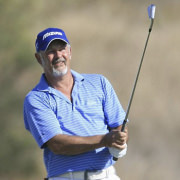 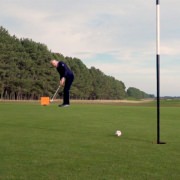 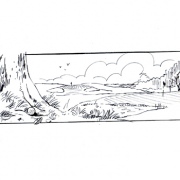 Can You Adjust & Adapt On The Course? 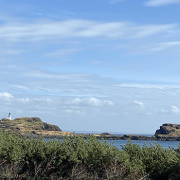 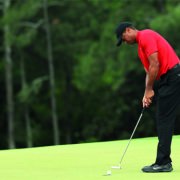 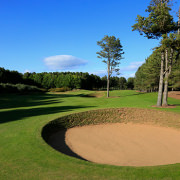 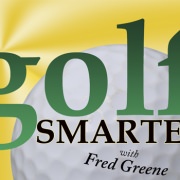 Perfect swing? Tiger doesn’t fall into that trap and neither should y...
Scroll to top